Get fresh music recommendations delivered to your inbox every Friday.
We've updated our Terms of Use. You can review the changes here.

from Last Lap by Tromboteam! 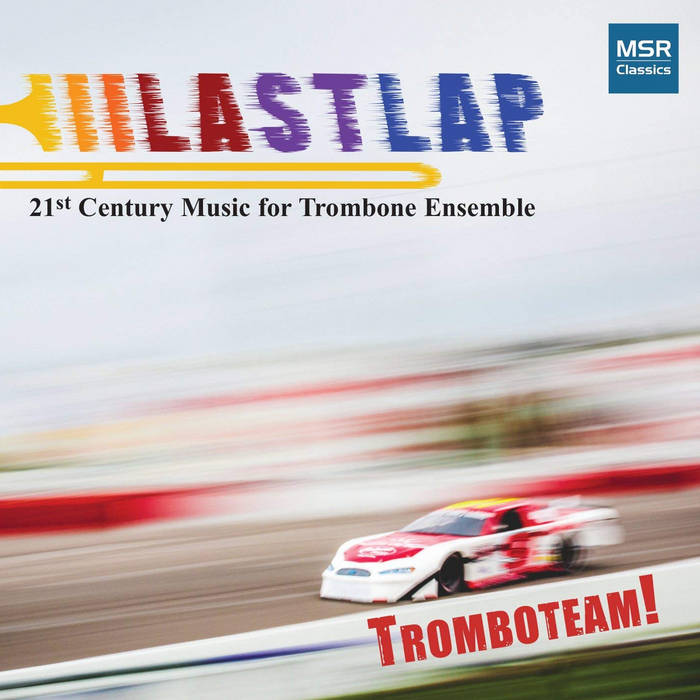 Professor of Music at Mars Hill University, Alan Theisen, composes inventive and evocative music that has been performed throughout the United States and Europe. Crescent City Postcards takes the listener to New Orleans through a series of three vignettes. The first movement, “Lake Pontchartrain Waltzes,” begins with a reflective solo before joining a five-voice texture with harmonies that evoke Maurice Ravel and Bill Evans or Vince Guaraldi. This love song portrays a “serene and melancholic vista of Lake Pontchartrain during a summer sunset.” The second movement, “All Last Night Sat on the Levee and Moaned,” attempts to capture the composer’s feelings during Hurricane Katrina and the aftermath of a “people and culture left to perish.” After a brilliant display of converging extremes—extreme dynamics, dissonances, ranges, and timbres—the movement concludes with the spiritual “Deep River” pitted against disruptive parlando figures. The final movement, “Throws,” refers to the practice of throwing beads during parades. By combining second-line clichés, brass band licks, quartal harmonies, pop tunes, jazz-rock, cluster chords, funk, and twelve-tone rows, Dr. Theisen answers the question, “What if Charles Ives went to Mardi Gras?”

Formed in 2002, TROMBOTEAM! is a trombone chamber group committed to education and championing new music. Visit tromboteam.com for more info.

Bandcamp Daily  your guide to the world of Bandcamp

Sampa The Great joins the show to discuss her release, "As Above, So Below".